You may or may not be aware that as of April this year, an EU ruling came into effect which extended the copyright period on furniture to seventy five years after a designer’s death. Essentially this means that it is now illegal to make and sell copycat pieces of furniture of those designers where this period of time has not yet passed.

Goodbye Barcelona chair (so favoured in corporate HQ offices), so long anglepoise lamps and ta-ra to those statement lighting pieces on swooping arcs. Farewell and fond wishes to the Eames rocker and those Eiffel DSW dining chairs…sob!

I’m not going to go into the complexities of licensing laws here, after all I think you’ve got the point. Under the new legislation, retailers selling unlicensed copies of furniture will be liable to fines up to £50,000 and jail terms of up to 10 years. It’s clear that as of October, courtesy of a six month amnesty period, you’re just not going to be able to buy replica pieces of furniture any longer.

We were taken aback when we found out about this new law and knew that we needed to share this news with you lovelies in case you weren’t already aware. Replica cult classics are very much a part of the interior decor in each of our homes and it would be hard to imagine what their replacements would be. We thought then it was only right to share those design staples that make up our homes with you too and to hear which pieces you have in your own houses.

Like Lolly I have a thing for chairs. At the risk of sounding like a massive tramp, a few years ago I found three perfectly good dining chairs in a skip and claimed them for my own. After a good scrub, a couple of coats of white paint and a session with a staple gun and some blue, beige and white striped material from Laura Ashley, I was the proud owner of three lovely comfy coastal inspired chairs. Two of the three have recently been consigned to the tip as intended by their original owner but the third is still going strong in my study. In fact I am sitting on it as I type.

To replace my skip bargains I bought four Eames inspired Eiffel DSW dining chairs with wooden legs from eBay. I toyed with the idea of getting them in bright colours as I bloody loved Lottie’s home tour but chickened out at the last minute and bought two in white and two in light grey. They are super versatile – they look good anywhere in the house – and very practical because, being plastic, they can just be wiped clean. Also…how cute is the kid’s version?

I was gutted when Lolly told me that from October we will no longer be able to buy designer knock offs and I am very tempted to buy an Eames rocker for Lyra’s nursery and a Ghost chair for my dressing table. The facts that I don’t yet have a dressing table, and that Lyra is waaay too big to be rocked to sleep any more, are completely irrelevant 🙂

I remember a girl coming up to me in a bar to take a look at my new gold envelope handbag. Apparently she thought it was a fancy pants Prada clutch. Obviously it wasn’t but she congratulated me on how terrific my bag was and how I’d had her fooled. I was oblivious to the premium origins of my new accessory and had bought the bag because I loved it, not because it was a designer rip-off.

I know handbags aren’t chairs but I do wonder how many people are buying these items because they appreciate the aesthetic rather than knowingly purchasing a knock-off? Loads of people look at me blankly when I mention the Tolix style stools that used to sit in my garden (and now in my kitchen at my new house) but my friends always refer to my ‘nice metal industrial stools’ instead. Either way I don’t believe the new ruling will make people purchase the way more pricey originals and instead our homes will be missing out some really beautiful pieces.

I always loved the Eames Eiffel chairs but when we bought our new house five years ago the budget was pretty tight. Edd came across a copy cat design on Blue Sun Tree and we purchased a whole set for our dining table in a multitude of colours.

We also got the rocking chair as I loved it. It actually turned out to be an ideal chair for the nursery when Molly arrived and is still sitting in there nearly five years later. Over the years I’ve changed my mind on the colours and wish we’d gone for all one colour and also now wish I’d gone for the wood and metal legs rather than just metal but those are just me being fickle! The other thing is that I now know a lot of people who have exactly the same copy cat chairs from various retailers and in truth I doubt anyone would know if they were real or not. Despite this the one thing that hasn’t changed is my love of the design. I don’t think I will ever tire of that.

I have just returned from my Aunty’s holiday cottage in Devon where we have spent the week surrounded by a plethora of design classics from Ercol to Parker Knoll. This is not some intentional style stament I might add. They are simply the pieces that have been there since my childhood and I love them all the more for that.

I first dipped my toe into the cult-furniture-classic waters when Ste and I bought our first house over seven years ago now. Like Lisa I purchased a set of four Eames inspired white Eiffel dining chairs from eBay for the grand total of £99 and felt slightly smug that I had managed to inject a serious dose of style into our two bed terrace for under a hundred quid. (I’ve since learned you can buy the same set from World Stores for £30!!!!!).

They served us well during the five years they were with us before I passed them onto my sister as she moved into her first home and we moved out of ours; if I were to go back in time I’d definitely make the same decision to purchase again. That said I should mention that they did begin to yellow as the years passed (this may have been because they were white rather than a bright colour) and I also found them slightly uncomfortable if I sat in them for too long. Perhaps I’ve just got a bony backside…

I’m a big cult design classic fan and was lucky enough to be the recipient of an Ercol love seat for my birthday a couple of years ago. It’s definitely my favourite piece of furniture by far and away and I smile whenever I look at it. Hector also has the lovely Teramo chest of drawers from the same brand too which are a lovely quality and will grow with him as he gets older. Granted both aren’t cheap but I just know that these pieces will be with us in many years to come.

I was gutted to hear about the restriction on the sale of replica designer pieces and had my eye on these Hans Wegner wishbone dining chairs for the new house. Despite Ste’s blockade on any new purchases until we actually move in, I think I might have to flout this ruling and invest before it’s cost prohibitive to do so.

We don’t have anything in our current house that’s a copy of something else to my knowledge… I mean, we probably do but not that I’m aware of.

However in the apartment we had replicas of the Panton curve chair. They are around £200 to buy the original sold by Vitra (you can buy via Amara) but we got ours from Dwell for about £69. They only stock the white ones now and they are currently on sale at £49!

It’s pretty clear that the RMLtd team are big fans of furniture classics (or rather their replica counterparts). How many of you also have iconic designs in your own homes? Did you know about this new ruling? Will you be investing now rather than splurging on an original? We’d love to hear your thoughts… 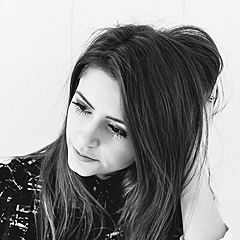 18 thoughts on “Say Goodbye To The Replica Cult Classics”