A seemingly recurring theme in #thecheltenhamhouse is that every room must be redecorated at least twice before we can put our paint brushes away! A few months back we redecorated the bathroom, ditching the light and bright decor in favour of the dark side… And now the master bedroom has undergone an equally radical transformation. In December 2016, I might have suggested we needed built-in wardrobes. Don’t get me wrong, I LOVE the rails (we have them neatly stored for a future re-appearance) however, the pressure of keeping those jumpers folded was getting too much.

The plan was to re-expose the original fire place that we had boarded over when decorating the room originally and position wardrobes either side, making the mantle piece a beauty/getting ready area with mirror and a few essentials. The downside of this plan was the need to relocate the bed. This became a highly debated topic in our house (for Feng shui/ spatial planning reasons) that came to a head one day whilst Adam was out. I moved it. We trialled it and, to cut a long story short, I won.

We smashed down the boarding in order to reveal the fireplace once again only to find out that it wasn’t there anymore. Let’s not dwell on that… must have been a miscommunication with the builder.

With the original plan slightly scuppered I called Richard from Camden Joinery and told him we might need to adjust the design, add in some sort of dressing table area to link the two wardrobes… Oh, and maybe a shelf and a table area that could double as a slimline drawer to neatly fit all of my make up in? I sketched out my idea and Richard made it happen. He’s been excellent and we really are quite pleased! You should follow him on Instagram @camdenjoinery

The make-up drawer is probably my favourite addition to the room. I generally love the aesthetic of a make up bag but what I hate is foraging around for every single bit of make-up I require, it almost always results in me tipping everything out and causing mayhem, not to mention the number of carpets I’ve ruined. The drawer makes my getting really routine a little less well, messy. I know… #firstworldproblems.

We’ve kept the colour scheme really neutral using Farrow and Ball Purbeck Stone for the wardrobes and Valspar Tidy White for the walls. We’ve used dark colours in the house to great effect and we did toy with using dark green in the bedroom for a while but I think the final colour palette has brought us a few steps closer to creating the serene and peaceful vibe that we imagined for the bedroom.

As we’ve kept the colour scheme so neutral, we’ve added texture with a variety of cushions from H&M and a quilted throw from Dunelm. We found our DKNY curtains in Homesense for a bargain £40.00

We’ve added a couple of striking features like our full length thin framed mirror from The White Company and a circular mirror that breaks up the wooden panelling. The Macramé plant hangers came from Wish and were around £5.00 each. Most of my indoor plants (and outdoor for that matter) are purchased from Burford Garden Centre as it is conveniently located on my route home from work, doesn’t shut until 6pm and has an excellent selection of botanical treats.

In recent weeks we’ve finally got around to adding some final touches, I think we both find it really hard to ‘finish a room’. I was given the macramé wall hanging for Christmas by my brother and his girlfriend and it feels perfectly at home between the two window frames. We found the foliage prints at Oliver Bonas in the sale on New Years Eve and once hung over the head of the bed it felt like the room was finally done. For now. 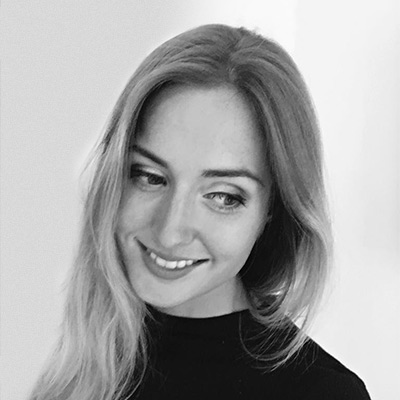 Author: Lizzie Crohill
I nurse in planes, I love beautiful spaces and places, I own the prettiest cats in all the land and I reside in #thecheltenhamhouse